An good introduction to NFT 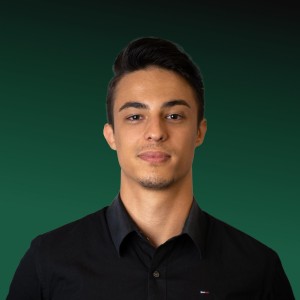 NFT stands for ‘Non-Fungible Token’, that is, a non-distributable token. Put simply, it is a digital certificate that certifies the ownership of an asset and guarantees its authenticity and uniqueness as it is registered on the blockchain. The asset can be a drawing, a tweet, a gif, a video. Everything, if digital, can become NFT. Among the first were the cryptokittens of the game Cryptokitties, but also the 5 thousand works of the artist Beeple, sold for 69 million dollars, and the Jack Dorsey’s first tweet, sold for 2.9 million dollars. But on the NFT market there are also memes: ‘Disaster girl’ was sold at auction for over 500 thousand dollars.

NFTs couldn’t exist without the blockchain. What is the blockchain? It is a shared and immutable digital ledger where data transactions are stored that cannot be altered, manipulated or deleted. It is a system to guarantee the traceability of transfers, transparency and verifiability; this is why it is considered a safe and reliable system for various sectors ranging from banks to public administrations.

Before the blockchain, anything on the internet was easily reproducible indefinitely and therefore it could not be guaranteed, for example, that a digital work of art was as authentic as one from the real world. With the arrival of the blockchain, a way has been found to write on a digital register – as if it were that of a notary – information relating to the digital product. Unchangeable, public information that says that the product is unique and cannot be copied.

Thus began the race to produce certified works like NFT art, and Crypto Art was born, the protagonist of a real boom in the last year, with digital works and objects sold at auction even in the hundreds of thousands or millions of Euro.

The benefits of NFT

With NFT, the earning possibilities are unlimited and the costs for companies are minimal. They have the advantages, as they use it, of blockchain technology , which tracks, verifies and certifies the contents. You can also earn through the royalties that are paid not only with the first sale, but every time the asset is sold to third parties as the transfers of ownership are tracked.

Crypto and NFT marketplace is a combination that allows new investors the whole range of investment risks, and a varied portfolio. With everything benefiting the deserving creators and eliminating brokers who actually do not add or input anything to the process.

With a lot of unbanked people in the world that do not have a way to be in the traditional banking system, NFT serves as a pathway out of poverty. Since this category of people cannot get loan, credit card, buy a car, sell something on ebay because they don’t have a bank account, NFT has changed the paradigm in such a way that, these people now have an opportunity to own a wallet, create art, participate in digital marketplaces, create music, games, sell them and get financed.

How does NFT work?

Nowadays these tokens are considered a sort of evolution of the art world, in digital format. You may be wondering: why would a person buy a virtual good and spend so much money? What is its value? We tried to explain it in more detail here:  What it means that a tweet sold for nearly $3 million.

Whoever buys a work linked to an NFT does not buy the work in the strict sense. Rather, the possibility of claiming a right on that work is guaranteed, through a tool known as a  smart contract, or an IT protocol that facilitates and verifies the execution of a contract.

Who created it? Who owned it? The value of an NFT certainly largely depends on the identity of the creator or previous owners of the NFT. NFTs created by famous artists, globally recognized celebrities of all types and sectors, or brands often acquire great value.

Collectors, as in the traditional art market, can play a great role in determining the value of a work, think for example of an NFT that was part of the Paris Hilton digital collection. (Let’s say Paris Hilton because you may not know it but she is very active in the NFT field).

But choosing solely on the basis of the creator’s fame can refrain from investing in emerging artists, whose NFTs can acquire great value over time.

How to invest in NFT

But NFTs, as well as classical art – paintings, sculptures, paintings – can also be considered as investments .

There are many sites on the market that allow you to exchange works of art. The most famous is NiftyGateway, but there are also MarkersPlace, Rarible, SuperRare … At the moment, the most accessible platform is OpenSea, which is based on the Ethereum blockchain and defines itself as the largest NFT marketplace, but to create or buy tokens it is necessary to have an Ethereum wallet.

Then there are more specialized marketplaces, such as NBA Top Shot , where you can buy video moments of the USA basketball championship, Valuables, to buy tweets, or CryptoKitties, the platform that started the NFT revolution with its cryptographic kittens. Without forgetting the fact that even historic auction houses, such as Christie’s, have opened up to this trend.

How, then, to ride the trend and try to capitalize on this overwhelming success?

To buy an NFT, a potential investor will need to own cryptocurrencies and use a blockchain, usually that of Ethereum, although the market is expanding and also includes realities such as Flow Blockchain – where NBA NFTs – Binance Smart Chain have been sold. TRON and EOS.

Why the hype around NFT?

We believe that NFTs are not a fad or a bubble, and there is no return from this growing trend. The sales volume of NFT jumped to $ 2.5 billion in the first half of 2021. A whole new generation of art creators and collectors is already emerging. Today is the news of Tik Tok that opens up to the NFT world. The NFT industry is set to grow further to become the future of arts trading in all its forms, but it will open the door to blockchain-based authentication of numerous other asset classes.

What is the future of NFT?

The intention of the pioneers of blockchain technology is to democratize and enrich global citizens. With the originators sticking truly to their intentions, it will be a critical advancement, especially when they start to receive money, get power, and acquire offers from the big companies. Everyone of us hold the power to shape this new world  by choices we make, as the new era of future technological advances come upon us. This time that we are now is the beginning of this evolution that is to come. The future ahead is bigger than we imagine.

Leonardo Lemos Rilk and his business partner Julian Witzel are the managing directors of VIERLESS GmbH, a web design agency that uses targeted branding to extract the maximum online potential from selected companies and brands. Quality, premium and uniqueness are the characteristics VIERLESS identifies with and now also establishes in the NFT sector.

What are NFTs and all important information about it

What exactly are NFTs and are they a good investment?